What are Gen Z's Hot Buttons? 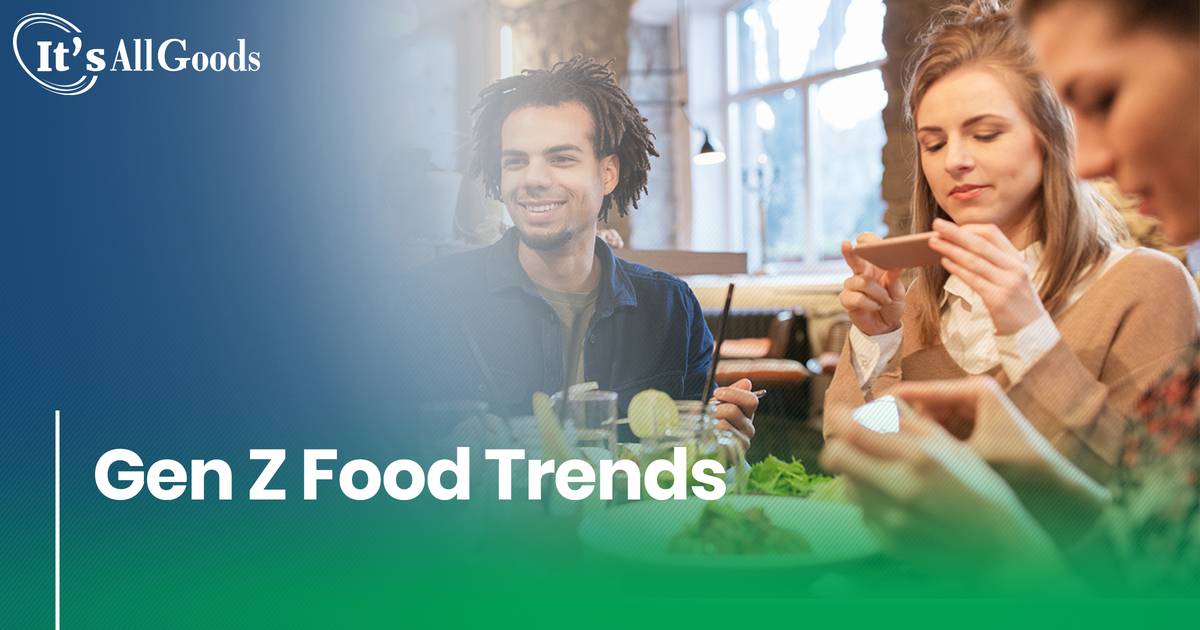 en Z is the generation succeeding the millennials. The members of Gen Z have their birth years between 1996 and 2012.  Most members of Gen Z are still in their teenage years.  The generation has emerged during a major technological revolution, which has affected their lifestyle, decision-making, preferences, social outlook and general perspectives on life. This revolution has made them somewhat different from their predecessors, who had less access to interactive and communications technologies. These factors have greatly influenced their food trends.

Members of Gen Z like health foods but also have a proclivity for foods with great taste. They also enjoy eating out. Gen Z believes their purchasing decisions define their values as well as identity. As a result, they are willing to pay a few more bucks for the same food to get it from an outlet they believe shares their personality and point of view. This, in turn, has led to many outlets revolutionizing their environment and mode of operation by choosing appropriate brands and designing their premises to be more attractive to Gen Z.

Boys aged 13 to 19 with the highest incomes spend the most money on food, according to Piper Sandler. Meanwhile, girls of the same age prioritize clothing. But they also spend 24% of their budget on food. Both boys and girls say they prefer organic food or natural food without additives. A choice that can easily be explained by the fact that they have grown up in an era where consumers are more attentive to the choice of ingredients than before.

Rather than sitting down for lunch or dinner, Gen Z prefers to eat short meals or snacks during the day. Their focus is on healthy food with 54% of them saying they prefer to eat healthy snacks. However, when asked to choose their favorite snacks, only 3% of them mentioned fruits, vegetables, or nuts.

Their top-ranked favorites include Lay’s, Doritos and Cheetos, Goldfish (fish-shaped crackers), Cheez-It (cheese crackers) and Oreo cookies. Still, there are brands with a healthier reputation, such as General Mills’ Nature Valley, which made the top 10.

Towards a diet with less meat

Half of the teenagers surveyed already consume or intend to consume plant-based meat. A 2019 study had already pointed out young people’s increased receptiveness to eating vegan than their elders. Some 15% have already consumed plant-based meat. In this niche, Impossible Foods and Beyond Meat are their two favorite brands. A third of the respondents have not tried vegan meat but want to try it. That’s far greater than the proportion of adults (20%) who say they want to try this new type of meat.

As more and more Gen Z’ers reach the legal drinking age, they are beginning to have a dramatic impact on the BevAlc industry. How can alcoholic beverage brands connect with and win over these young shoppers who represent the future of the beverage industry?

When it comes to non-alcoholic beverages, Gen Z consumers are seeking hydration first and foremost. However, Gen Z consumers also seek out go-to brands that promise added wellness benefits such as a boost of energy and nutritional value or one that helps them connect with others. This leaves an opening for brands to build loyalty if they are able to position their products to meet Gen Z’s needs.

Moderation is the Gen Z Mantra

Overall, alcohol is less appealing to Gen Z consumers. Concerned about alcohol’s impact on their mood, level of alertness, and even their image on social media, these moderate drinkers make fewer trips and spend less on the channel. Only 84% of Gen Z shoppers are buying alcohol compared to 90% of Millennials, a significant 6-point differential. And while Gen Z also spends less than Millennials on non-alcoholic beverages, the gap between the two consumer groups is greater with alcohol purchases, indicating this is an alcohol-specific trend.

Gen Z shoppers are distinguishing themselves from other generations through the types of beverages they consume. Gen Z favors hard beverages, champagne, and drinks with little or no alcohol over wine and beer. And a higher percentage of Gen Z dollars are spent on sweeter spirits like cognac, flavored malt beverages, cordials, and blush wine.

The Gen Z generation has undergone a revolution largely due to the presence of and access to portable digital technology. This revolution has influenced how they think and decide on various day-to-day issues. A lot of screen time has also influenced Gen Z personalities, conduct, outlook and the food and beverage choices they make.