The Electric Car is Going Mainstream - But What's Underneath the Hype? 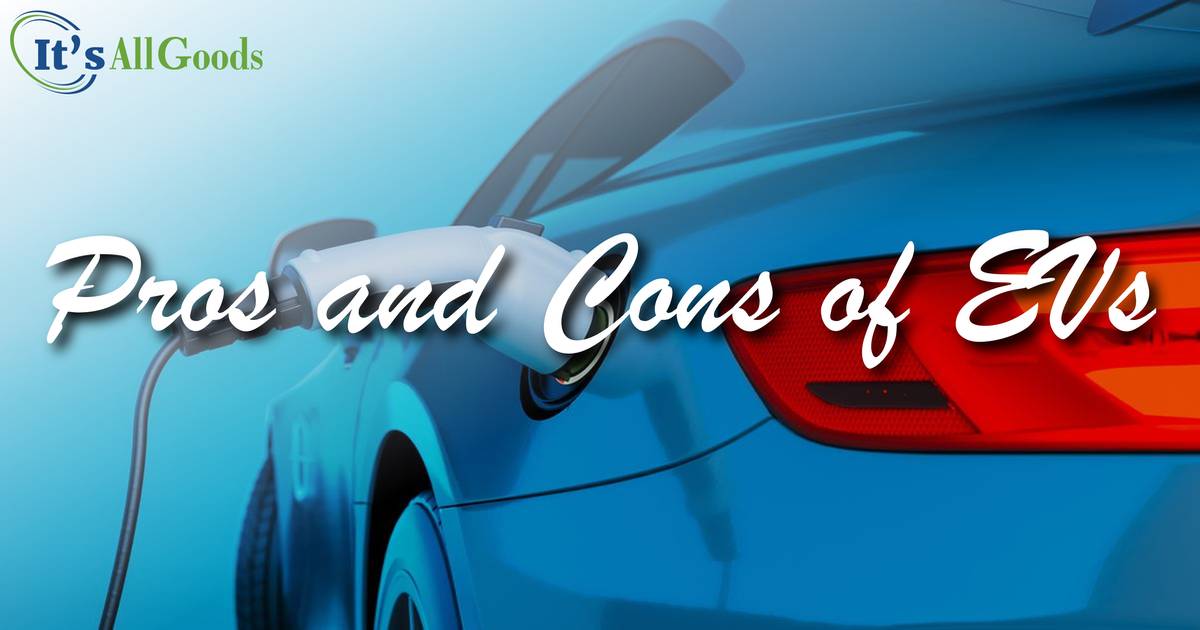 n major cities across the country, it’s difficult to drive anywhere without spotting electric and hybrid cars.  While these vehicles are becoming more prevalent, they still have a way to go until they become the dominant vehicle type.  Currently, less than 1% of all cars on the road in the United States are full-electric.

Infrastructure and industry investment are becoming more focused, which is increasing EV capability and popularity.  Consumers who are looking to reduce their environmental impact or save money on gas are quickly moving to electric vehicles.  However, it’s important to evaluate the pros and cons of owning an electric vehicle before making such a large purchase.

The Pros and Cons of Owning an Electric Vehicle

Fuel prices are on the rise making driving less affordable for many people.  One of the key benefits to owning an electric vehicle is reduced fuel costs.  According to Energy.gov, an EV owner can reduce their fuel costs by 50% by simply switching to an electric vehicle. In addition to costing less to “fill up”, electric vehicles are also much more energy efficient in stop and go traffic.

Saving money on gas is great, but you also need to consider that electric vehicles usually cost more than their gas-powered counterparts, especially for premium models like Tesla’s Model X or the BMW iX.  According to Kelly Blue Book, the average cost for a new car is approximately $47,000.  For comparison, the average electric car will cost you about $56,000.  The good news is that more and more car manufacturers are starting to produce cheaper models (like the Nissan Leaf which starts at $28,000).

The world will not run out of petroleum any time soon, but fossil fuels have finite supplies.  Electricity, when generated from wind, hydro, or solar, is completely renewable giving electric vehicles a steady stream of unlimited energy.  However, it’s important to note that a considerable amount of electricity is still generated from coal or other fossil fuel sources.  This is changing, but slowly.  According to the EIA, about 20 percent of all US electricity now comes from renewable sources.

“I really do encourage other manufacturers to bring electric cars to market.  It's a good thing, and they need to bring it to market and keep iterating and improving and make better and better electric cars, and that's what going to result in humanity achieving a sustainable transport future” Elon Musk, CEO of Tesla Motors

The charging time can vary depending on the make, model, and year of your electric vehicle.  The average currently stands about 8 hours for a full charge.  Charges can be take between 30 minutes and 12 hours depending on a number of factors, the least of which is EV model.  However, the technology is improving with newer models being able to reach 80% battery capacity in as little as 30 minutes.

Electric cars don’t have an exhaust pipe and don’t directly create greenhouse gas emissions.  While this doesn’t eliminate the environmental impact entirely, the US Department of Energy has found that electric vehicles generate only a third of the CO2 emissions compared to gas-powered cars (11,423 pounds of CO2 for gas-powered compared to 3,774 pounds of CO2 for EVs).  This is great news since the EPA estimates that transportation makes up about 29% of all greenhouse emissions.

Gas stations can be found just about anywhere.  Gas-powered car owners don’t have to worry about where or when they will need to stop for more fuel.  Unfortunately, electric vehicle charging stations aren’t everywhere, especially in remote or rural areas.  This means that EV owners will need to carefully plan their routes when going on road trips.

While electric vehicles do come with a higher price tag, some may qualify for special tax incentives from the federal government.  The US Department of Energy offers a tax credit up to $7,500 for electric and plug-in hybrid vehicles that are newer than 2010. This may vary, so be sure to check with your accountant before buying a new EV.

Electric vehicles typically have a lower range than gas-powered cars.  Cheaper EVs may only have a range of 60 to 100 miles when fully charged.  While this isn’t usually a problem for people who have shorter commutes, this is a huge disadvantage compared to the 400-mile range of some gas-powered cars.  This is less of an issue for people who purchase higher-end EV models which can reach ranges of 250 to 350 miles.

Drivers of gasoline powered cars can expect to have higher maintenance costs - simply because they have more moving parts that can break.  Electric cars don’t have the same oil filters, belts, pistons, and air filters that gas-powered cars have.  A report from the US Department of Energy found that the scheduled maintenance on an EV is about $0.07 per mile while cars with an internal combustion engine cost $0.10 per mile.

While electric vehicles won’t require maintenance as often, they can be expensive to repair when something does go wrong.  Part of the reason is that EV owners must take their cars to a mechanic who specializes in electric vehicles and their components.  Unfortunately, one report found that 97% of all auto mechanics don’t have the skills or knowledge to work on electric vehicles.

The Future of Electric Vehicles

While there is much and speculation and uncertainty in regard to the future of EVs, it is a fact that governments across the globe are placing restrictions on vehicles with combustion engines.  Infrastructure, the capacity of the electric power grid, and the actual environmental impact of EVs throughout their lifecycle constitute serious issues affecting EV success.  States and countries will also need to spend money on building charging station networks.  In addition, manufacturers will need to address challenges such as charging time, battery ranges, and proper battery disposal and recycling.

However, one thing is clear.  Given the current direction of the government, one can't help but believe the future of electric vehicles looks bright.  The EIA estimates that a third of all vehicles on the road globally will be electric by the year 2050. Some areas will advance faster than others.  However, major investment will be needed to achieve this massive transition from fossil-fuel vehicles to renewable ones.