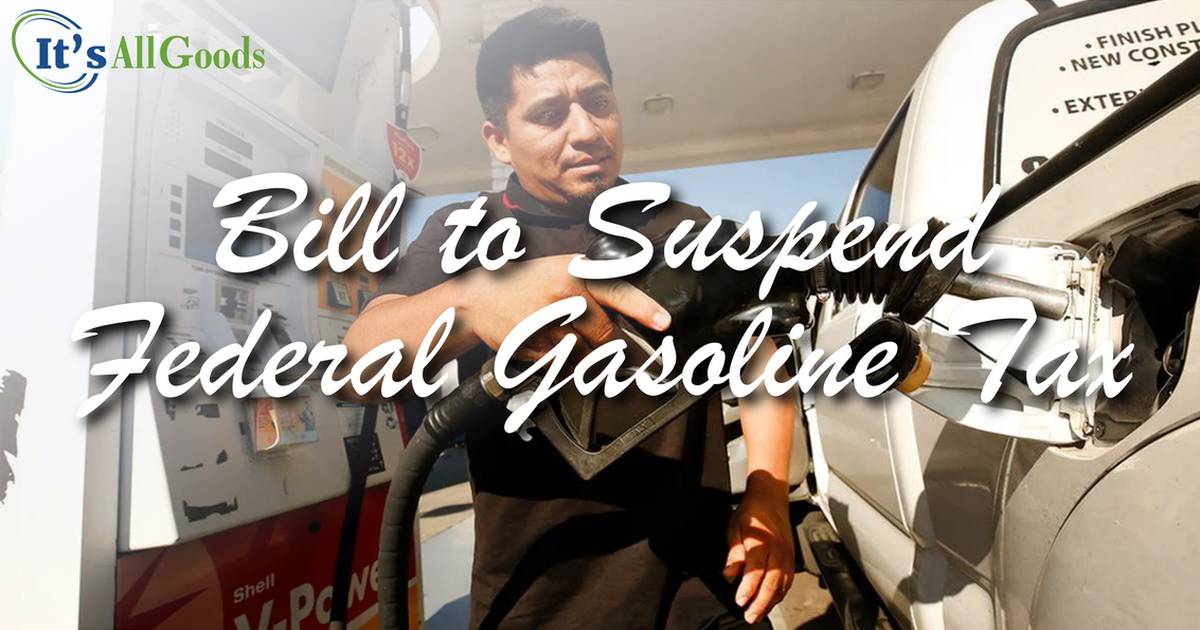 In response to Russia’s President Vladimir Putin’s onslaught in Ukraine, the president of the United States ordered a ban on Russian oil imports as part of the sanctions on the country.  Unfortunately, this will affect Americans directly as the ban on oil imports dramatically reduces the supply of oil within the country thus causing an increase in oil prices.

In light of these surges in gas prices, the senate and house of representatives has been working overtime to find a solution that would bring relief to Americans.  One of the proposed initiatives was to suspend the Federal tax on gas which would lower prices temporarily with the hope that global oil prices will lower in the near future.  This was going to be done through a Bill introduced to the Senate called the “Gas Prices Relief Act. ” This Bill aims to lower gas prices by temporarily suspending the Federal gas tax through the end of the year, thus bringing some economic relief to families across the nation.

Inception of the Bill

The Bill was introduced to the Senate in the early part of February by Senator Mark Kelly and Senator Maggie Hassan, who are both Democrats representing the states of Arizona and New Hampshire respectively.  The Bill was also co-sponsored by Senators Catherine Cortez Masto (D-NV), Debbie Stabenow (D-MI), Jackie Rosen (D-NV), and Raphael Warnock (D-GA).

During tabling of the Bill, Senator Kelly commented that his constituents were paying the highest prices for gas the country has experienced in a very long time and that it was putting a strain on families that needed to buy gas every day to get to work and school.  “This Bill will lower gas prices by suspending the Federal gas tax through the end of the year to help Arizona families struggling with high costs for everything from gas to groceries. ” He was quoted saying.

Senator Hassan further added that the people were feeling a real pinch when it came to the cost of everyday goods and services and that more needed to be done to address rising costs, particularly the one on gas.  “We need to continue to think creatively about how we can find new ways to bring down costs, and this Bill would do exactly that, making a tangible difference for workers and families.” She said.

Details of the Bill

As mentioned before, the main highlight of this Bill was that it would temporarily remove the Federal tax levied on sale of gas.  This would see gas prices drop by 18. 4 cents per gallon until January 2023.

The Bill also advocates for the tax savings to be passed on to the citizens and not oil and gas companies  For this to be achieved, the Secretary of the Treasury will be required to monitor the program in order to ensure oil and gas companies pass along the savings at the pump to consumers and enforce it in a way that they actually see these savings.

Issues with The Bill

While the Bill aims to reduce the burden carried by Americans at the gas pump, some say it might not be the best solution.  Simple math shows that the Federal gas tax adds 18. 4 cents to the price motorists pay for every gallon of gas.  This translates to less than $3 when filling a Toyota Camry, one of the most popular sedan models in the country.  The opportunity cost of suspending the Federal gas tax is the that the Federal Trust Fund (that pays for highway, tunnel and bridge projects across the country) gets the majority of its money from the gas tax.  To add some perspective, the infrastructure investments approved by Congress last year rely on $43 billion in gas tax revenues for this year alone.  Congressional Budget Office estimates show that the Federal government could forfeit up to $20 billion in tax receipts, assuming the tax holiday goes for 10 months.