The Petroleum Reserve and the Administration's Use of It 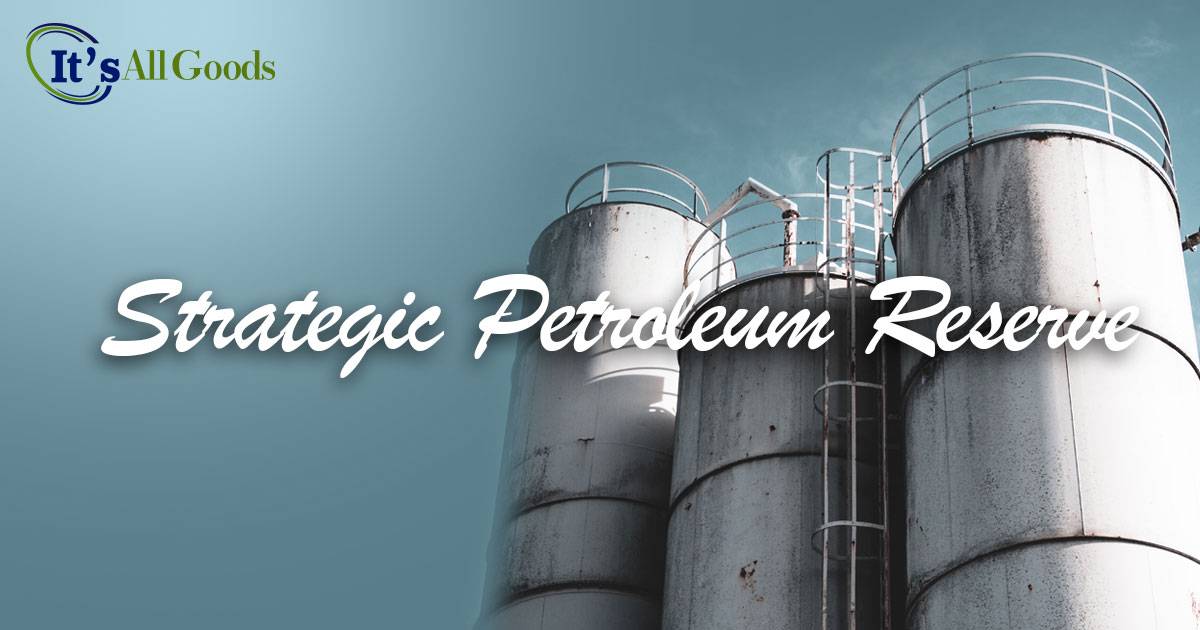 he United States has always had an inclination for developing contingencies to combat potential global crises.  From large-scale defense spending to setting aside funds to stabilize certain aspects of its economy, the United States has managed to remain a global superpower partly due to efforts that prepare it for certain eventualities.  This has been seen time and again, more recently during the global COVID-19 pandemic, where the United States spearheaded massive spending for nationwide vaccine development and distribution.

With the recent advent of the Ukraine-Russia war impacting economies everywhere, the US.  looks upon its petroleum reserves to engage rising gasoline prices. This article will cover the basics of said reserve, as well as its history, its rules and basic legalities, as well as the current Biden administration’s actions in using it in the hopes of alleviating the fallout of the war in Ukraine.

First of all, let’s talk briefly about what exactly the Strategic Petroleum Reserve of the United States really is.  The Strategic Petroleum Reserve, or SPR, is essentially a stockpile of crude oil that the country could use in cases of emergencies, such as when certain global factors affect the steady supply and demand of oil and gas.  In a nutshell, this reserve allows the country to instantly respond to any possible shortage of crude oil and is intended to prevent said shortages from heavily impacting the nation further.

An interesting factoid about the U.S.’ SPR is that it is currently the world’s largest reserve of oil and has been that way for the past few decades.  Prompted and established due to the crippling oil embargo in the 1970s, this reserve is a result of the United States wanting to gain a certain 'independence' in its energy policies.  Fresh from the fallout of the Yom Kippur War, the United States was among a few Western nations effectively sanctioned by the Organization of Arab Petroleum Exporting Countries for their support of Israel during the war.  This sanction led to extremely low oil supplies, resulting in triple the average price of imported crude oil and, for those who remember, gasoline lines in the U.S.

As a result, the United States developed the SPR as a means to mitigate the impact of a similar crisis, as part of a comprehensive policy plan centered towards energy independence.  With a present-day capacity of over than 700 million barrels of oil, the reserve is indeed large.  Putting it into perspective, the U.S imports approximately 8.5 million barrels per day – setting aside refined products, Russian imports amounted to around 200,000 barrels per day (~2.5%).

Rules Surrounding the Reserve's Use

The SPR, as its name suggests, is a national strategic asset. It is split across four sites along the Gulf Coast.  The oil is safely secured in caverns made out of salt domes for their low permeability.  The reserve is currently holding about 500-600 million barrels of light crude oil, which can then be refined and turned into various other necessities such as gasoline, diesel, heating oil, or even jet fuel.

The U.S. federal government, through the U.S. Department of Energy (DOE), manages the SPR.  According to the International Energy Agency (IEA) data for January 2020, the SPR held emergency petroleum stocks equivalent to approximately 274 days of the previous year’s net imports and U.S. industry had 423 days’ worth of commercial stocks, for a total of around 697 days of net imports when combined, well above the IEA obligation.

For years, the United States maintained certain levels of oil in the SPR that equaled around 90 days of imports, as its commitment and mandate to the International Energy Agency.  However, the country no longer emphasized that requirement back in 2020, as it began exporting more oil than it imported due to a rise in fracking.

As for use of the SPR, the United States has only had to tap into them a total of 3 times prior to recent events, with occasional smaller-scale sales in between to test readiness of the SPR, as well as raising revenues.  As a general and basic rule, it takes a presidential decision for oil to be transferred from the reserves and introduced into American markets.  These actions are taken in emergency situations or when the International Energy Agency intervenes.

With the rise in global pressure relating to the crisis in Ukraine, the Biden administration decided to tap into the SPR to alleviate increased gas prices.  Biden’s plan to drive down gas prices caused by the war is composed of 2 parts: the first part, injecting 1 million additional barrels of oil on the market per day on average for the next 6 months, and the second part, a call for a boost in domestic oil production.  By involving the SPR, the administration is aiming to lower gas prices everywhere in the country by stabilizing supply.

The first step of his plan is aggressive, as this is the largest amount of oil reserves being dumped into markets every single day.  The administration’s contention is that this transfer serves to bridge supply shortfall until the end of 2022, when domestic production of oil is expected to ramp up.  The country will then use the revenues generated from these sales to replenish the stock of the SPR in the next few years.  As for the second step, President Biden is urging Congress to make underperforming oil companies pay fees on unused wells and public lands, to try and help improve the state of domestic production.

This plan from the administration drew swift reactions from parties such as the Iowa Renewable Fuels Association and the Renewable Fuels Association.  The general backlash of Biden’s actions is mainly due to concerns on climate change, with the main argument being that the administration should be empowering farmers and ethanol producers rather than placing fines on U.S. producers.  The idea being that harnessing the power of renewable fuels such as ethanol could reduce pump prices, while consequently addressing environmental factors.  Other biofuel and farm advocates urge Biden to expand access to other low-cost biofuels as well, with renewable energy advocates calling for E15 (a fuel blend that is generally cheaper than most fuels) to be marketable all year round.

With the world reeling from the long-term effects of the pandemic, and with the recent events in Ukraine, a long-standing argument can be made about how the President’s actions to tap into the SPR is an essential one that can help ease economic burdens on millions of Americans.  Conversely, an argument can be made that it might be high time for the United States, and the world, to lessen their reliance on crude oil and fossil fuels from risk laden sources.  Other energy experts consider this a stunt, pointing to core problems in domestic production that were caused by the administration themselves.

Politics and economy aside, one can only hope for a future wherein both basic necessities and the environment are protected and preserved.  Truly, the administration’s decisions in the months to come will result in consequences.