Keeping Food and Beverage Organizations Up at Night 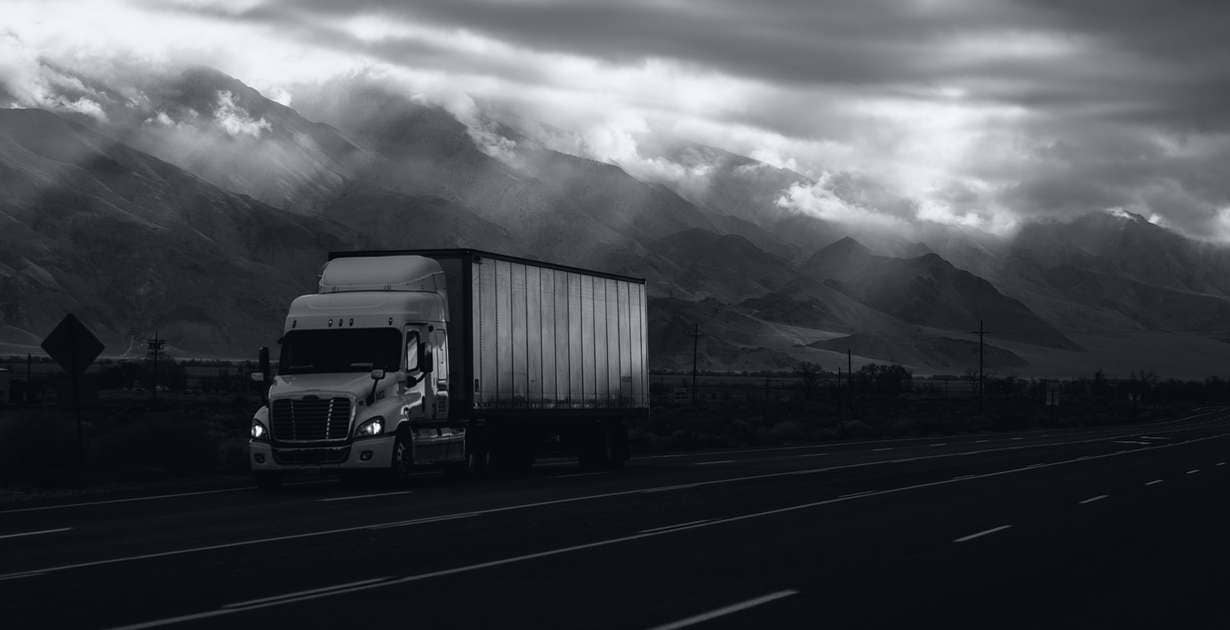 he year 2020 can unequivocally be described as the most chaotic and unpredictable time period in many decades.  In the course of several months, the U.S. economy spiraled from new records in consumer sales growth, low unemployment, industry-favorable trade agreements and a dramatically improved regulatory landscape to a COVID-related economic slide paralleling the Great Depression and all that comes with it.

Unfortunately, problems fomenting in 2020 and even earlier have manifested themselves in a number of ways in 2021.  Let examine them.

“What’s going on is high turnover in the long-haul sector of trucking,” she said.  “If you look at the number put out by the American Trucking Associations (ATA), they report extremely high turnover— sometimes 90% or higher.  If you have high turnover, you don’t have a shortage.  You have a surplus. But you’re not retaining them.”

In March, the ATA reported that the fourth-quarter turnover rate for truckload fleets with more than $30 million in annual revenue was unchanged at a 92% annualized rate, while the churn rate for smaller truckload carriers was 72%.

“While the driver shortage temporarily eased slightly in 2020 during the depths of the pandemic, continued tightness in the driver market remains an operational challenge for motor carriers, and they should expect it to continue through 2021 and beyond.”

The challenge of keeping truckers on the roads is not new. Western Truck Owner magazine ran a three-part series on the problem back in 1928.  Two years ago, the ATA reported that the over-the-road driver population was 550,000 to 600,000, about 60,000 fewer drivers than the number needed.  ATA estimates there could be 100,000-plus unfilled positions within four years if the situation doesn’t change.

Since about 71% of all U.S. freight is moved by trucks, a lack of active drivers is a problem.  And there are multiple reasons for it, according to ATA, not just the pandemic.  For one, the average driver’s age in the for-hire, over-the-road trucking industry is 46, and many veteran drivers are retiring.

A report published in 2019 by the American Transportation Research Institute (ATRI) estimated that 898,000 new truckdrivers will be needed over the next decade, and half of those jobs will replace current drivers who retire. However, young people aren’t rushing to fill those vacancies.

Shy Taking to the Road

Several things may discourage them from taking to the road.  The expense of attending truck driving school and obtaining a commercial driver’s license can range between $3,000 and $7,000, depending on the issuing state.  In addition, major carriers typically require new hires to have one to three years of driving experience, and then there’s that issue of long periods on the road.

“Today, the average driver is gone [from home] for three weeks at a time,” said Dr. Michael Belzer, a former truck driver who earned a Ph.D. and now studies the trucking industry as an economics professor at Wayne State University.  “If you were 22, would you want to do that? Of course, you can always take your knowledge and drive local. You’ll make less money, but you’ll be at home.”

Justin Harness, chief revenue officer of U.S. Xpress Enterprises, one of the nation's largest carriers, said, “As an industry, we need to look at the nature of the job.  Driving a truck is a tough job. You’re often gone for weeks at a time and have an inconsistent lifestyle.  This isn’t conducive to those with families. We should focus on putting the driver first—keeping them busy so they’re making money, but also respecting their family time and getting them home when not working.”

The industry has tried to attract all segments of the U.S. population to the driver’s seat of a big rig but has only enjoyed moderate success.  In 2018, 40.4% of drivers were minorities, up from 26.6% in 2001,reports ATA. But that same year, only 6.6% of professional drivers were women, a figure that has remained steady for almost two decades.

In 2019, the ATA established a diversity working group to consider ways to boost urban hiring and recruit more women and people of color.  The organization plans to partner with historically Black colleges and universities to increase the number of minorities in the industry’s executive ranks.

The gasoline crunch has added a new layer of difficulty to what was already considered a difficult job.  The trucking industry — which requires long hours and tends to churn through workers, resulting in comparatively higher turnover — is the critical circulatory system for the economy, transporting consumer goods to and from warehouses, where they make their way o consumers’ homes. As the nation claws its way out of the pandemic recession, truck drivers are key to ensuring continued consumer spending, which contributes to nearly 70 percent of economic growth.

Higher prices and fuel shortages, even temporary ones, make it a lot harder for truckers to deliver goods. And as consumer spending heats up, the economy needs more truck drivers, not fewer, especially to help alleviate the current gasoline shortages.

The gasoline crunch has added a new layer of difficulty to what was already considered a difficult job.

Tommy Forrister has been a trucker for 22 years.  He transports gasoline for Morgan and Hunt Oil Company in Rome, Ga., and returns to his family in Cedartown, south of Rome, every evening.  The current gas shortage has lengthened his workday. He’s been putting in 14-hour days, often confronting long lines just to refuel.

“It might be 30 minutes,” Forrister said. “It might be two hours.  Depends on how many trucks are in front of you.”

On Wednesday afternoon, Forrister was hoping to pick up 8,000 gallons at a TransMontaigne terminal in Doraville, which is home to a number of tank farms. He’d been up since 2 a.m.

James Casey, a sales rep for Morgan and Hunt, was riding shot gun as Forrister’s backup driver.  Both men have witnessed previous shortages and were philosophical about this one.

“We’ve seen this before back years ago, when it went to $4 a gallon when the terminals got hit by a hurricane,” Casey said.

He recalled rolling up at a tank farm at 10:30 p.m. to be the first one in line to get loaded at midnight when the fuel allocation was finally made available. Yet, sometimes no amount of planning worked in his favor.

“We have ridden around all day long and not got the first drop, ”he said. It hasn’t been that bad for the company’s drivers this time around.  “They’ve each gotten loaded at least once.”

And some worry the fuel crisis could exacerbate an overall shortage for some truck drivers, particularly tanker drivers and others making local trips.

A new deterrent for potential drivers is the federal government’s Drug & Alcohol Clearinghouse, which went into effect in January 2020.  Mandated by Congress and administered by the Federal Motor Carrier Safety Administration (FMCSA), the clearinghouse is an online database that provides employers, driver licensing agencies and law enforcement officials with real-time results of the required drug and alcohol tests taken by professional drivers.

In the first six weeks of operation, the clearing house detected and identified nearly 8,000 positive substance abuse tests of commercial drivers, including bus, limousine, municipal and construction equipment operators, as well as truckers.

According to Harness, the clearinghouse has motivated a substantial number of drivers to leave the industry.  “Combined with other factors, like drivers opting for often higher-paying construction jobs, around200,000 will exit the driving workforce this year (2020) alone,” he said.

Adding to the transportation issue is diminished truckload capacity nationwide.  “Carrier bankruptcies nearly quadrupled from 2018 to2019,” he said.  “And continually rising insurance premiums are hobbling small carriers.  Add to this relatively flat new truck orders over the past year.”

On the Bright Side

Trucking is likely to see strong gains this year, but risks remain as the economy tries to leave the coronavirus behind, according to IHS Markit.

The economy soon could be impacted by a third stimulus bill and the growing number of people who are vaccinated. IHS Markit, a provider of global market, industry and technical information, expects these trends to help the economy expand year-over-year by as much as 5.7% in 2021.

“We’ve become more optimistic on our view on the economy, ”Andrej Divis, director of global heavy-truck research at IHS Markit, said during a virtual presentation March 9.  “We see strong gains and consumer spending, even exceeding the top-line [gross domestic product] numbers.  Obviously, this is going to drive freight.  That’s a healthy sign for our industry.”

“The truck orders that we’ve been seeing in our industry in the last four or five months, that’s been true in other industries,” he said.  “Other industries are also seeing strong capital goods orders. We see that driving investment in the U.S. economy overall for the foreseeable future, and also imports and exports are expected to recover sharply in 2021.”

Divis warned there are some caveats and uncertainties that could negatively impact that outlook.  The most obvious is the coronavirus pandemic continuing to represent downside risks.

“The new cases per day are certainly dropping,” he said.  “Vaccines are getting rolled out, and we’re cautiously optimistic that the economy will be much more opened up in the summer than it has been pretty much since the beginning of the COVID epidemic.